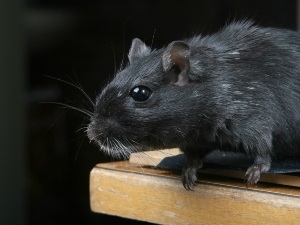 Animals, rats included, change as they age over time. If you notice that your old rat has less hair on its body than it did during its prime then you may be wondering if this is a natural process of getting older or if you have a more serious problem on your hands. This article explores the question of “old rat losing hair” why this happens

Their bodies start going downhill with age, this can show up as losing hair, a change in fur color, the rat becoming less curious about its surroundings, its appetite diminishing, it not grooming as much or stopping completely, and the animal sleeping longer.

This is similar to how an old human would act.

It is important to note that even though a rat may be losing hair, it should not go bald. If the animal does go bald, then this is cause for concern.

Ailments like malnutrition, ringworm, parasites, and fungus infections can cause hair loss, they can be diagnosed by a vet. The vet will also recommend a treatment plan for your animal that will help them stop losing hair.

If the reason for the rat losing hair is an illness then you might not see any behavioral changes in the animal, these animals have evolved not to show weakness as this can attract predators.

As a general rule of thumb, it is always a good idea to have the rat go for regular health checks at the vet. This will help you spot any illnesses developing in the early stages so you can catch them and treat them

Reasons for hair loss can also include abuse, abuse can usually be noticed without having to go see a vet. Your rat may have come from an uncaring breeder and may have been treated very badly and not given the right food, this can cause stress and hair loss in rats.

If the rat has been fighting or was bullied by other rats, then these fights may have caused it to lose hair. Signs of this include squealing coming from its cage.

If your old adult rat is feeling lonely, it can also start to lose hair. Rats are social creatures, the best way to raise them is at least two at a time. A human being there can help, but if not, and the rat feels lonely, then the rat can develop depression, and their hair can fall out

What is rat barbering?

Barbering happens when a dominant rat chews on the hair and the whiskers of a less dominant rat. If you look closely, the hair on the less dominant rat will be trimmed down very close to the skin. It will look like it has been clean-shaven, this is why it’s called barbering

You’ll know that barbering is happening because the less dominant rat will have no other symptoms that would make you assume that it is sick and losing hair because of an illness.

In some cases, rats will self-barber, this can happen if the animal is stressed or bored.

If the animal gets barbered too much, by itself or by another rat, this can lead to a skin infection or contact dermatitis

Is barbering bad for rats?

Barbering is not inherently bad for rats, the dominant rat does not usually damage the skin of the submissive rat, it only cuts the hair, but it can be bad if the rat gets an infection.

If you want to stop barbering in rats, you’d need to provide safe places for the submissive rat to go, examples of these include hiding spaces like cans or tubes.

Keeping the animals busy, by allowing them to do exercises and activities, will also prevent them from acting on boredom and barbering submissive rats

In conclusion, there are a variety of reasons why your older rat may be losing hair, the most likely reason is that it is simply aging out of its prime and its body is showing signs of this.

Other reasons for rats losing hair at whatever age, old or young, is depression, loneliness, fighting, barbering, malnutrition, or abuse.

It is important to send your rat for regular health checks, this helps you to spot illnesses before they get serious

If you enjoyed this article then you may also be interested in other animal related articles. Here are some articles that you may be interested in: What do baby possums drink?, Why is there a dead raccoon in my yard? The reasons behind this, Baby brushtail possum care, what to do, How to feed a baby possum